Concrete flooring is often done for the following two reasons before applying primers and various coatings on building surfaces.
The first reason – to remove the top layer if the surface is contaminated with paint stains, oil, dandruff and items that prevent the penetration of the primer into the concrete.
The second reason is the removal of cracks and smoothing of the surface.

In the past, floor tiles were often used to beautify and polish mosaic and stone surfaces. But today, due to the existence of appropriate technology and chemicals, the flooring of concrete surfaces and the transformation of these surfaces into glossy, shiny and beautiful surfaces has also become common.

A variety of flooring methods

Concreting of concrete floors can be done in two ways, wet and dry, and each of them has advantages and disadvantages. In many cases, both methods are used in combination.

The sand resins, called so-called subdibble, are used with different degrees of roughness and different sexes to perform polishing operations. There are many different types of substrates in the market, and the sub floors use one or more of these substrates, depending on their styling devices.
The most common form of slabs used for drainage of concrete and stone surfaces is in the form of discs, cubes and cubes.
Sub-slices are composed of two main parts, which are referred to below.
1-Abrasive particles
2-mold forming dough
1- Variety of abrasive particles
The most common abrasive particles are aluminum oxide (naturally or artificially) and silicon carbide (carbondom).
Aluminum oxide abrasive particles are produced from the reaction of bauxite (aluminum ore) and coke at a temperature of 2000 ° C.
Silicon carbide is produced from quartz and coke reactions at 2200 ° C.
2- Dividing the cubes on the basis of their makeup
Most submersible slabs used for concrete leveling include one of the following types.
2-1- Metallic Sub-Skewers – Diamond Band
The abrasive piece is placed directly on a metal substrate in this sub-cut. These substrates are mainly used for peeling and leveling the surface. (Early stages of the sub)

A piece of brick (ceramic)

In this type of bite Saab and abrasive particles by a paste of water, generally from soil such as feldspar and water is evenly distributed and then in a press mold so that the shape of the building and after cooking on the grill rigid

To make this type of submerged substitutes, phenolic resins are often used to prepare dough and molding. The submultiples are numbered according to the size of their abrasive particles in terms of mesh number. Which is called to each of these degrees Grate. The larger the size of the starter, the lower the mesh number (the subgroup is smaller) and the smaller the particle size, the higher the mesh number (the more subtle ones).
Low levels are used to eliminate bumps and surface scratches, and from higher grades to polish and gloss surfaces.
The general rule: In a grinding system, always start grinding operations with rough grit (low grate) and continue with a uniform process towards the softer flakes (higher grate). 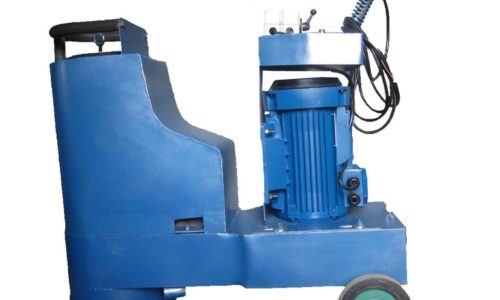